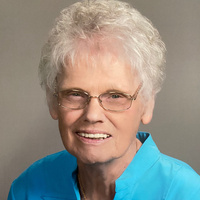 A funeral will be held today, November, 29, 2021 for 81-year-old Irene A. Dierks of Chester, Illinois, who passed away at 9:26 am, Thursday, November 25, 2021, surrounded by her four children at St. Francis Medical Center in Cape Girardeau, Missouri.

She was born April 4, 1940, in Chicago, Illinois, the daughter of the late Helmer and Helen (nee Peterson) Olson. Due to her parents death when she was three years old, she became an orphan and was placed in foster care until the age of 11, when she was adopted by Isadore and Freda Moll in Chester, Illinois.

May the Lord grant them comfort and peace in their loss of a loved one.

She first worked as a secretary at the Chester High School for one year.

Then was a homemaker until the youngest of their four children entered kindergarten.

She then was employed at Chester Memorial Hospital for 21 years, where she was a secretary for the engineering department and in the medical records office.

She was an organist for the Peace Lutheran Church and then St. Johns Lutheran Church retiring after 61 years of faithfully playing at many weddings, funerals, and church services.

She was also a member of the LWML and enjoyed quilting with the ladies.

She would play the piano once she moved to the Chester Manor for the enjoyment of her fellow residents.

Each year, Irene would donate dolls that she had sewn and crocheted clothes for.

They were then donated to orphanages and the St. John Lutheran School’s annual auction.