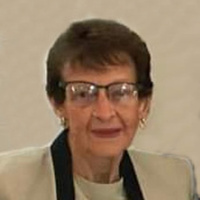 She was born January 25, 1940 to Bernard and Lorena (nee Smith) Brown  in Modoc, Illinois. Her parents preceded her in death.

She was a loving aunt. She enjoyed bowling, playing piano, gardening, canning and quilting.

She loved her animals, especially her dog Kelly.

Interment will be in St. Leo’s Catholic Cemetery, Modoc, Illinois.