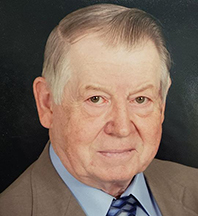 He was born April 10, 1938, in Engleman Township, Ill., the son of the Xavier and Frances (Huff) Jung who both preceded him in death.

He married Winona L. (Cole) Jung. She preceded him in death.

He was also preceded in death by a sister: Dorothy (the late Leonard) Sandheinrich; and two brothers: Johnny Jung and Daniel Jung.

Mr. Jung retired as a certified welder from Union Electric.

He was a U.S. Marine Corps veteran and a member of Operating Engineers Local 148 and the Gateway 2 Cylinder Club.

He volunteered with the Jefferson County Sheriff’s Department in the victims services department and with the Amvets Post 38 Color Guard posting and presenting the American flag in parades and civic and community events.

A funeral Mass for 84-year-old Gerald R. Jung of De Soto will be held at 10 a.m. Friday, May 6, at St. Rose of Lima Catholic Church, 504 S. Third St., in De Soto, officiated by Monsignor James Hansen.

Burial will be in the Calvary Cemetery in De Soto.

Memorials may be made to the Mary Daniels Foundation, 7885 Tower Road, Hillsboro, 63050.

Arrangements are under the direction of Dietrich-Mothershead Funeral Home.