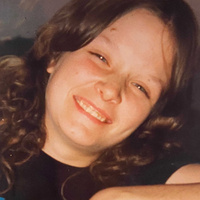 She was born October 31, 1969 in St. Louis, Mo. the daughter of the late Charles Truman and Sandra K. (nee Hillis) Holt.

She was also preceded in death by a brother: Larry Christopher Holt.

She had worked at Gilster Mary-Lee Corporation, Casey’s General Store and then TG Missouri.

She was of the Pentcostal faith.

A funeral for 52-year-old Carolyn A. Tucker, of Chester will be held at 11 a.m. Tuesday, November 30, 2021 at the Pechacek Funeral Home in Chester. The Rev. Phillip Keeton will officiate.

Interment will be in the Evergreen Cemetery in Chester.

Memorials may be made to family choice.To plant Memorial Trees in memory of Carolyn A. Tucker, please click here to visit our Sympathy Store.