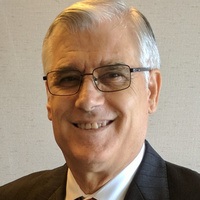 He was born September 10, 1946 in Altofonte, Sicily to Carlo and Anna (nee Ignoffo) DiCarlo, who both preceded him in death.

He was also preceded in death by a brother: Angelo DiCarlo, two sisters: Giuseppa DiCarlo and Antonina Fanale and in-laws: Francesco and Giuseppa Evola.

He owned and operated DiCarlo’s Restaurant in Red Bud, Illinois for 37 years.

He was a member of St. John the Baptist Catholic Church, Red Bud, Illinois.

He was a very dedicated worker and enjoyed spending time with his family.

A funeral mass for 75-year-old Francesco “Frank” DiCarlo of Red Bud will be held at 10 a.m. Wednesday, April 20, 2022 at the St. John the Baptist Catholic Church in Red Bud. The Rev. Msgr. Dennis Schaefer will officiate.

Entombment will be in Resurrection Cemetery in St. Louis, Missouri.

Memorials to be given to the family to be used for Masses in Frank’s name in the future.