PERRYVILLE — The Perryville Pirates topped Kingston 79-20 in their season opener.

STE. GENEVIEVE — The Ste. Genevieve High School JV Girls fall in their season opener and the first game of the Jefferson tourney by a score of 33-17 to the Windsor Owls. They will play today at 5:30 p.m. in the last night of the tourney.

PERRYVILLE — The St. Vincent Indians first regular season game will be tonight at Advance at 6 p.m.

PERRYVILLE — The Perryville Pirates first regular season game will come in the Fredericktown Tournament which begins Monday and runs through Dec. 4.

STE. GENEVIEVE—The Ste. Genevieve Middle School 7th Grade Boys Basketball team defeats Perryville in the first round of the Perryville Tournament with a score of 18-16. Their second round game is Tuesday at 5 p.m.

The Ste. Genevieve Middle School 8th Grade Girls Basketball team wins their season opener over Perryville by a score of 23-20. 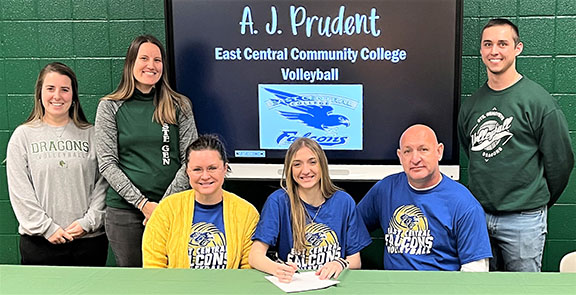 STE. GENEVIEVE — The Ste. Genevieve High School Athletic Department is proud to announce AJ Prudent’s signing of a National Letter of Intent to continue her academic and volleyball career at East Central Community College.  We’re so proud of you, AJ! 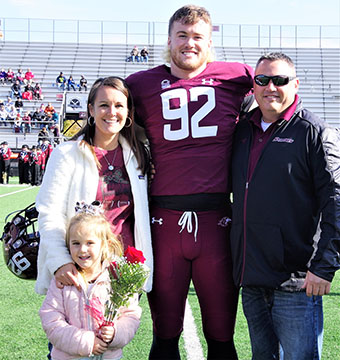 SIU hosted Youngstown State and Berner was playing his final regular-season home game on Saluki Stadium turf.  The presentation for senior players was held during pre-game activities at Saluki Stadium prior to opening kickoff. 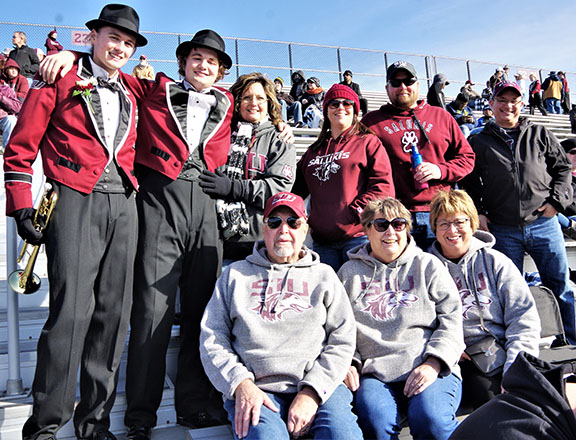 The group attends most every home game to support Zach and Blake Zappa, trumpeters for the Southern Illinois University Marching Salukis.

Zach Zappa is an SIU senior and was performing in his last regular-season football halftime show of his college career.

The elder Zappa has been a four-year member of the Marching Salukis and will now switch his musical expertise to performing in the SIU Basketball Pep Band.  Jim Beers Photos

STE. GENEVIEVE — Valle Catholic opens its wrestling season December 2 when they play in a trimatch with Brentwood and Ritenour at Brentwood.