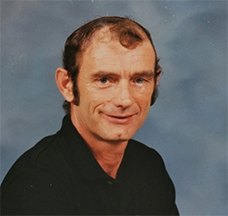 He was born January 16, 1949 in Ste. Genevieve, Mo., the son of Eugene W. Vaughn and Rosemary (Wilkerson) A. Vaughn who both preceded him in death.

He was also preceded in death by: two brothers: Jerry Vaughn and John Vaughn; and a grandson Sgt. Michael Beckerman.

Larry was a truck driver for Don Heil Oil Company for 33 years.

He enjoyed wrenching around on anything he could get his hands on.

Larry also enjoyed taking care of his cattle, tractors and eating ice cream with his dogs but most of all Larry loved to brag on his grandchildren.

Memorials may be made to the Sgt. Michael Beckerman Memorial Scholarship.

Online condolences can be left at www.baslerfuneralhome.com

To send flowers to the family or plant a tree in memory of Larry Joe Vaughn please visit our Tribute Store.